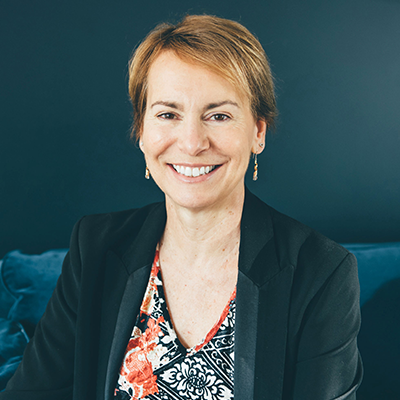 Valérie Wanquet started her career in 1988 in audit at PricewaterhouseCoopers. She joined Crédit Lyonnais in 1991 as Head of Capital Markets Accounting. In 1999, she joined the Singapore branch as Financial Controller, and then the Hong Kong branch in 2001 and became Head of Finance for Asia in 2003.

In 2007, she was appointed as COO for CACIB China. From 2011 to 2013, she acted as Regional CFO and then became COO for CACIB Hong Kong and Asia-Pacific.

Valérie Wanquet joined CA Consumer Finance in 2016 as Group CFO. In July 2019, she also took charge of the Central Secretariat, Legal, and Credit functions. Since January 2021, she is second-in-command for CACF and Group deputy CEO for International, Finance, Legal and, since 2022, Insurance.

Valérie Wanquet graduated from ESSEC and is a chartered accountant.